Best Offer! Get Upto 50% Off Sitewide

Up to 50% Off Tickets and Packages

Stand Up Live Huntsville Event Tickets as low as $12

LAUGHSTUB IS YOUR #1 SOURCE FOR THE BEST COMEDY TICKETS

They say that comedy is tragedy that happens to other people. And you know what’s tragic? Sitting at home, slowly dying of sadness while your friends are out enjoying the best comedy shows at the best comedy clubs seeing the best stand up comedians. You don’t have to be that guy. LaughStub can keep you up to date on upcoming comedy shows featuring the world’s funniest stand up comedians. With LaughStub, you’re not just going to see great comedy shows, you’re essentially saving yourself from certain death.

EVERY STYLE OF COMEDY SHOW FOR EVERY SENSE OF HUMOR

No matter what your tastes are in comedy, LaughStub has you covered. Are you dating a conservative, elderly woman from Minnesota who is easily offended? Me too. LaughStub helped me find the best clean comedians in the Minneapolis area. Are you completely broke and telling dates you met online that you’re a billionaire? Again, me too. Which is why I use LaughStub to find cheap comedy tickets to help me maintain my ruse. Are you dating Rachel Dolezal and looking to check out the best black standup comedians? We can keep you up to date on the best stand up comedy shows featuring hilarious black standup comedians like Dave Chappelle, Paul Mooney, Craig Robinson and DL Hughley. Maybe you’re a hipster and you’re looking for some alternative comedy. First of all, it’s fine that you have a massive beard, but you still need to keep it groomed. Secondly, we can keep you hip to the best comedy tickets for acts like Aziz Ansari, David Cross and Natasha Leggero. Do you like blue collar comedy? Then keep up to date on the best stand up shows featuring famous stand up comedians like Larry the Cable Guy and Jeff Foxworthy. Are you starting to see the trend here? Whether you like clean stand up comedy, dirty stand up comedy, improv comedy, black comedy, christian comedy or comedy about people who died of sadness, LaughStub is your hookup for the best local stand up comedy shows.

LaughStub Coupon Into your inbox 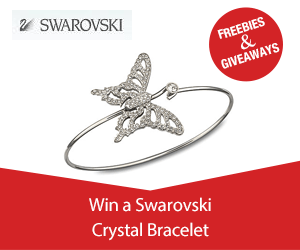